The Aztecs were an ethnic groups living in central Mexico. They ruled large parts of Mesoamerica from the 14th to 16th centuries. The famous Aztec soldiers were absolutely ruthless, ready to wreak havoc on anyone who crossed their path. They often dressed like the animals they admired, such as the eagle or the wolf. They used very primitive weapons, but that didn’t matter – what mattered was that they were extremely effective in using them. The greatest ancient warriors of the Aztec were called the “Shorn Ones.” These warriors refused to step down, even when the enemy seemed to have the upper hand.

The Aztec Empire was based in Tenochtitlan, and grew to rule over Mesoamerica from the 14th to the 16th century. Their culture spread far and wide, and its strong influences can still be seen today in central Mexico and the neighboring countries. The Aztecs stayed in power until they were finally defeated by the Spaniards, thanks to the much more modern weapons the Spaniards used.

The Celts were a significant force in Europe for over a thousand years. They were mostly in rural areas, and so they didn’t have cities or towns, but their warriors were still a fearless, dominant force. The Celtic warriors were known for eschewing body armor in favor of body painting as a way of intimidating the enemy.

They used metal weapons, usually made of iron or bronze. Their metal weapons were considered masterfully made, and they even used shields which were made with their own hands. When they entered into battle, they were so aggressive as to be considered barbaric. Their fighting was so ferocious that enemies feared them even more they stepped into battle.

Even today, the Vikings are remembered well for their weapon of choice: the battle axe. They were ferocious fighters known for their rapid attacks; they would simply appear, attack, take the goods they wanted, and leave just as quickly as they came. Because of this, seeing them approach struck fear in the hearts of the enemy.

The Vikings were a motley bunch who didn’t have a formal fighting garb, other than the usual chain mail. The Viking horns we sometimes see in historical movies today weren’t actually used – they would have been a great hindrance. Most Vikings had not only their axe, but a sword and other weapons used for close fighting. The most revered warriors were the berserkers, who were believed to use herbal intoxicants to prepare for battle. 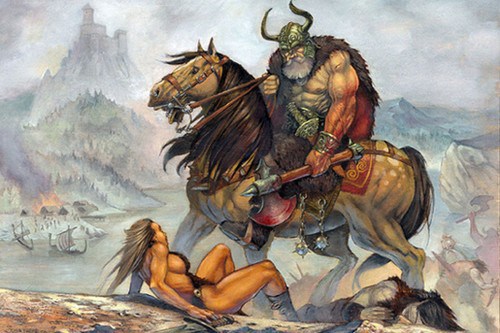 The 13th and 14th centuries saw the rise of the Mongol Empire, as well as their vicious warriors. This largest continuous land empire in history eventually covered Europe and Asia. The fighters were well-versed in archery and riding horses, which gave them an advantage against warriors who had only rudimentary hand weapons. Their armor wasn’t the best, but that didn’t matter when they were master archers with deadly accuracy.

The troops used formations that were first uncommon, but became the norm soon after. The horses were also equipped with stirrups, which meant the Mongolians had more stability to shoot their arrows. They even used “howling” arrows that created a frightening sound and disoriented the enemy.

In medieval and early-modern Japan, the Samurai rose to prominence. They were military nobility, considered as knights of Japan, and each one was prepared to die for their country. Their work was done almost entirely with the sword, which was sharpened to such a point that it could easily slice through a human body. They were also very proficient with the bow and arrow, considered some of the best shots in the world.

These professional soldiers were trained from a very young age; it was considered an honor to be a samurai. However, they were very violent, and sometimes took their power to an extreme. As a result, the peasants often rose up against the samurai, and the ninja grew out of that uprising.

The Spartans were all about fighting – in fact, they believed that one should either come back with the shield or on top of it. They used the shield and spear to strike fear into their enemies. They were so determined to win that their “last stand” has become a thing of legend.

In 480 BC, a small force made a last stand against the Persian army. The force consisted of 300 Spartans, 700 Thespians and 400 Thebans. This tiny force battled hard against the Persians at the Battle of Thermopylae, and almost won. In fact, they inflicted massive casualties on the enemy before they were finally surrounded and succumbed to the overwhelming force, leaving the Spartans as some of the greatest warriors in history.

The knights of feudal Europe were considered the protectors of the kings, and they were almost royalty themselves. They rode on horseback with heavy armor and lethal weapons, and they knew exactly how to use them. These highly-effective soldiers began their work when they were just boys, as it was considered a huge honor to grow up to be a knight.

Knights were not only warriors. They had a moral compass, one that was fully expected of them, to protect those who needed it and battle against those who dared to fight the kingdom. They were the perfect blend of warrior and gentleman, which is why they have gone down in history as a warrior force that was full of honor and dignity.

The Apache were once a peaceful people, but when their lands were threatened, they learned to fight in a way that left the enemy in a panic. Apaches were experts of silence, able to creep through the forest and other areas without a sound – that’s why they could kill someone before their presence even registered. They were exceptional with the knife and ax, and made a huge dent in their enemy ranks, even though their weapons were mostly made of bone and wood.

They battled against the United States military after the country formed and they were forced away from their traditional homes. The Apache were specialized in hand-to-hand combat, and in fact, many of their impressive techniques have survived and are used by the military today.

This “wandering force” was a group of Chinese warriors who traveled through their homelands with the intention of righting the wrongs that were done, both to the common person and to the monarchy. They were handy with spears and swords, but they were also artistic, with a flair for calligraphy and other arts. They were considered knights by those that they helped on their travels.

These forces were not necessarily sanctioned by the government or any army; instead, they were thought to have a need for freedom, and that’s why they wandered around to help others in need. They didn’t come from any particular social class – these ancient warriors could be butchers or poets or princes. They were best known for their reasons for fighting: to help others. 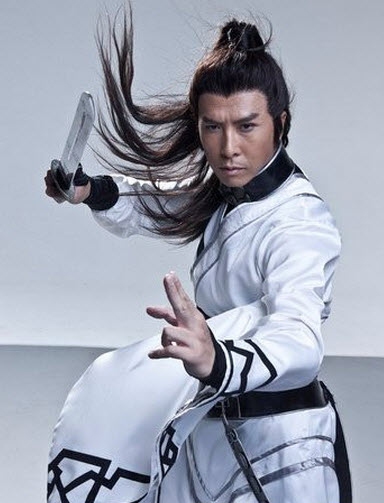 These ancient warriors were actually part of two empires: The Achaemenid Empire, from 705 to 675 BC, and the Sassanid Empire, from 224 to 651 CE. There were numerous warriors in the Persian army that had different duties, including the horsemen, the archers, the shield bearers, and the cavalry. They had a mix of styles when it came to armor, and instead relied on their sheer numbers as their greatest protection.

The Persian warriors were known for launching projectile attacks, then coming in for closer combat after the enemy had scattered. The greatest of the warriors were considered the Immortals, who were so fast and powerful that if one was killed, another immediately took his place, making them seem as though they were truly immortal.