"Ancient Aliens", an American TV series produced by Prometheus Entertainment, premiered in April 2010 on the History Channel. The series explores the hypotheses of ancient astronauts and suggests that archeology, historical texts and legends contain evidence of historical human and extraterrestrial contact. While the show has generated its fair share of controversy with people claiming that it relies on pseudohistory and pseudoscience, there are still many people who love the program due to their interest in aliens. The concept of ancient aliens proposes that aliens actually visited the earth in the past. Here are some of the mysteries that fuel these beliefs. 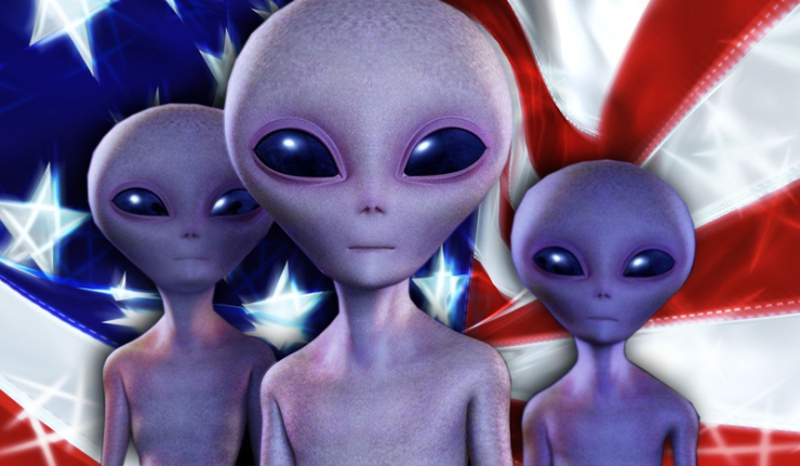 The idea of ancient aliens gained widespread exposure back in 1968 when the "Chariots of the Gods" by Eric von Däniken was published. Proponents of this school of thought believe that the human population was influenced by aliens who had visited the earth in the past. It is said that the aliens contributed to the evolution of man through cross-breeding and genetic engineering. A variation of this idea is that the deities from all the religions are actually aliens whose advanced technology awed people, making them believe that they were deities. The theory goes on to suggest that the aliens tricked people into believing that they were Gods and created religion to help people evolve more efficiently.

The idea of angels and demons is prevalent in most religions. In the Bible, there are a myriad of accounts of demons and angels and their experiences both in heaven and on earth. While angles and demons are the same, only that demons are deemed rebellious angles that left heaven and came to earth. In the book of Enoch, angles came to earth and bore children with human women.

The Quran also has references to angels that rebelled and came to earth. A case in point is Iblis (Satan) in verse 2:34 who was banished to earth after rebelling against God. He came and caused mischief among humans.

The idea of aliens on earth is also covered in modern religious philosophy. Aleister Crowley’s Thelema touches on this to great length.

Greys are an alien species that is often associated with the alien abduction phenomenon. Greys are believed to be intelligent aliens who secretly visit the earth and perform medical experiments on humans. While there are a lot of contradicting descriptions of Greys, they are generally sexless, and have small bodies with larger than normal heads and eyes. They are almost devoid of any external human organs including sex organs, ears and noses. A study conducted in 1995 claimed that Greys make up 90% in Canada, 67% in Brazil, 50% in Australia, 43% in the US, 20% in Continental Europe and 12% in Great Britain.

Animal mutilation refers to the killing of animals, especially cattle, under mysterious circumstances. One puzzling feature of these mutilations is the surgical manner in which they are carried out. Often, the animals are found with missing organs and completely drained of blood. There is usually no sign of entry and the surgical precision of the removal of the mutilations is astounding. Another puzzling aspect of the mutilations is the fact that the animal carcasses are found in areas with no marks or tracks of a vehicle or human being. Many accounts of animal mutilation involve unexplained sounds, lights and UFOs.

There were lots of UFOs and other un-explainable phenomenon in the skies during World War II. It was during this time that the human race witnessed technological advancements that were then inconceivable to many. One of the outstanding inventions included the US aircraft Lockheed SR-71 Blackbird that broke the air speed record. Since then there have been many allegations that the technical advancements witnessed since WWII were achieved with the help of aliens. Many people believe that there is a massive cover up by government of information related to alien sightings and UFOs.

Top 5 Wonders That Are Related With Ancient Aliens

Proponents of the concept of ancient aliens believe that the pyramids are a miracle of aliens. The pyramid of Giza is an architectural and engineering marvel that can prove a challenge to replicate even today. The pyramid lies right at the intersection of the longest lines of longitude and latitude suggesting that the builders were aware of the earth’s dimensions and that it was round.

Some ancient monuments such as the Teotihuacan in Mexico, demonstrate a thorough understanding of astronomy that surpasses the knowledge of the people of that time. This pyramid lies in the center of a complex of similar pyramids that are all aligned with a planet in the solar system. This strongly suggests the presence of ancient alien life.

Pacal was the ruler of the Mayan city of Palenque in the 7th century. When he died, he was laid to rest inside a pyramid known as the Temple of Inscriptions. The elaborately curved lid of his sarcophagus is considered a classic art work of the Mayans even in modern time. Those who believe in ancient aliens normally site Pacal as evidence of the existence of extraterrestrials. They claim that Pascal appears as if he were in a spaceship about to take off.

Puma Punku is a monument that is part of the Tiwanaku site in Bolivia. It comprises of stone ruins with finely carved enormous blocks. The workmanship on the monument would have been practically impossible without the user of modern day tools and machines. Ancient alien theorists often argue that aliens built it. To put the enormity of the construction into perspective, the stones that built the monument are made of diorite and granite. The only thing that can cut through them is diamond. Moreover, each stone weighs a whooping 800 tons.

The Nazca lines have astounded archaeologists for many years. The lines are a group of ancient designs drawn into a high plateau in Nazca desert in Peru that stretch for over 50 miles. The drawings include geometric shapes and simple lines, drawings of human, animals and birds. The most puzzling thing about these drawings is that they can only be seen from way up in the air due to their sheer size. The Nazca people had not invented flying machines by then. It is believed that the lines were used as guidelines for spaceships as aliens came in for landing.

If you like to know more wonders that are related with ancient aliens, click here to get more.