South Asia is an amazingly diverse part of the world, with habitats ranging from the scorching Thar Desert to the chilling Himalayas and from the dry forests of Gir and Yala to the lush evergreen forests of Chittagong Hill Tracts and Myanmar. This extraordinary variety of habitats indicates the astounding number of species living in them. Tigers, bears, lions, horn bills, buffaloes, elephants--one can expect to see these and many more iconic animals once they are in south Asia. But this paradise for wild animals has lost a quite few of its gems over the past 10000 years. Although extinction of any animal is sad, this list includes the ones that were one-of-a-kind and truly irreplaceable.

{Note: The former ranges of these species in South Asia are given beside the name. The probable ranges indicate the dubious presence of the species, if ever extant, in that area}
1

Asiatic cheetahs were the prized possessions of the Mughal emperors. They hunted Chinkara (Indian Gazelle) and black bucks with tamed cheetahs. Alas, 300 years later the hunter became endangered whereas the hunted became abundant. Chinkara and black bucks' populations soared in the dry forests of Western India and the cheetahs were killed for trophies. The last 3 cheetahs in India were killed in the same day by the same person in 1947. A reported sighting happened in 1951, near Chandigarh. The Afghanistan population of cheetahs became extinct during the 1950s. They are probably extinct from Pakistan, as no sighting has been reported during the last 15 years.

This guy is an old one but a good one. Ever wondered South Asia with giraffes? Well, it was almost the case 8,000 years ago, when Sivatherium roamed the Indian subcontinent. Its long necked is like the modern giraffes, with a moose-like head. But it is more closely related to the okapis of Central African rain forest. Almost nothing is known about the animal, except for the fact that it was depicted in ancient Saharan rock paintings, indicating that it was probably hunted.

I know what you are thinking--lions do exist in south Asia, don't they? Well I'm afraid I've got some bad news for you (Something referenced?!). Asiatic lions now occupy a fraction of their former range. In the 1700s, their range even included Bengal (Current Bangladesh and West Bengal). It's unknown just when these magnificent big cats were hunted to extinction in these countries, but at least it's getting back from the brink. Some can't even tell that. Speaking of which...... 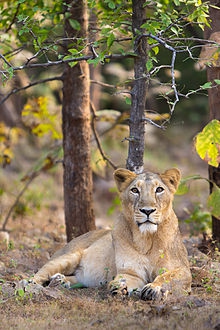 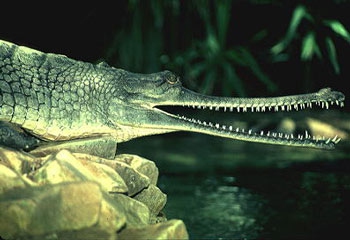 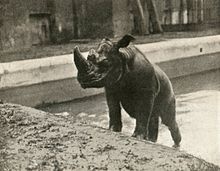