3 Times When You Should Absolutely Quit

Ask the average American about a time he or she quit something, and it's likely the answer will either be a dodge or some sort of self-deprecating joke. But as bad a reputation as quitting has, sometimes quitting while you're ahead (or before you get even further behind) can be the best, most intelligent, and bravest course of action.

In fact, psychology professor Carsten Wrosch who has done research on the psychology of quitting has found that "people who are better able to let go when they experience unattainable goals…experience less depressive symptoms, less negative affect over time…lower cortisol [the stress hormone] levels, and they have lower levels of systemic inflammation…and they develop fewer physical health problems over time."

Whether you agonize over letting go of large or small goals, here are three times when it really does make sense for you to quit: 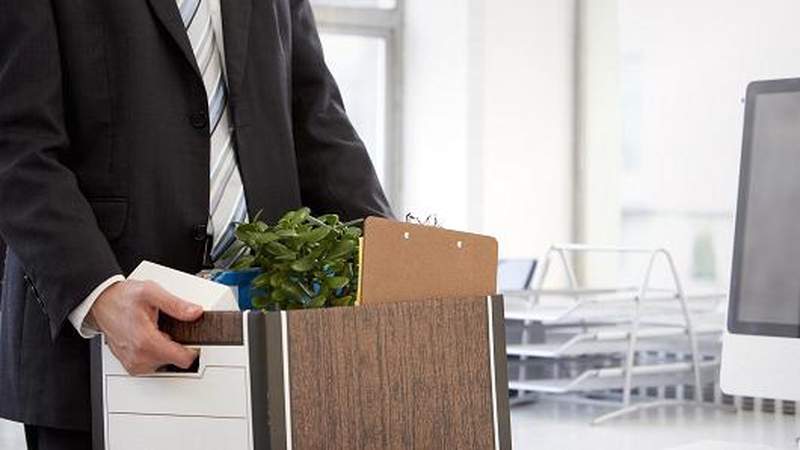 You Are Worried About Your Sunk Costs

A sunk cost is the time, money, or resources that have already been spent, and cannot be recouped, on a particular project or goal. Sunk costs should have no bearing on whether or not you continue with a project, because the money has already been spent and cannot in any way affect the outcome.

But something called the sunk-cost fallacy is a big reason why many people are unable to give up on a lost cause. According to Stephen J. Dubner, of Freakonomics fame, "The sunk-cost fallacy is when you tell yourself that you can't quit because of all that time or money you spent. We shouldn't fall for this fallacy, but we do it all the time."

For instance, a newly-minted doctor who realizes during his first year of residency that medicine is no longer the career he wants might stick with it anyway to keep from wasting all of that time he spent in school.

What he fails to recognize is the fact that the time was "wasted" anyway, since he doesn't want to be a doctor. Becoming a doctor now would be wasting even more time because he'll be following a path he is not actually interested in.

When you contemplate quitting, the only costs you should consider are opportunity costs. Those are the costs of continuing along your current path. For every dollar or hour or resource you spend in any endeavor, you have one less to spend elsewhere.

Our hypothetical doctor should consider the opportunity cost of finishing his residency; he will have less time to do what he really loves to do. When he looks at the possibility of quitting in that way, it is clearer that becoming a doctor will cost him much more than just the time that has already been wasted.

Your Decision is Influenced by Others

When considering the opportunity costs of quitting, the waffling new doctor might worry that his parents will be disappointed in him for leaving the profession. That is certainly a valid concern and a real opportunity cost. But it is also making a decision based upon other people's opinions, rather than choosing what will make him happy. Unfortunately, many people give up their own happiness in order to avoid such social pressure.

In particular, the social stigma of divorce can make unhappy couples decide to tough it out so they can claim they did not "give up" on the marriage. While divorce has a real opportunity cost in terms of others' disappointment and social stigma, that cost should not be weighted as heavily as the potential benefits and actual costs to the couple themselves.

And the social pressure to persist can trickle down to much smaller decisions. For instance, I am an avid reader, but I tend to be commitment-phobic about starting to read something new — because I don't want to give up on a book halfway through. I feel an obligation to finish any book I start, but I honestly couldn't tell you why. I am not actually obligated to anyone to read a book from beginning to end. I would be happier and read more if I gave up this sense of obligation.

You're Not Enjoying Yourself

Whatever it is that you're considering quitting probably started off as enjoyable. Maybe you have been sending the novel you wrote to agents and publishers for years and have nothing but a stack of rejections to show for it. Now you dread sitting down to write and are almost afraid to check your mailbox. You're not having fun anymore.

Often, what's going on here is loss aversion. You have committed to the idea of becoming a published writer, and you're afraid that if you quit writing now you'll miss the big break that is just around the corner. After all, there are plenty of success stories of individuals who made it only after years and years and years of persistence.

But if you have stopped enjoying the work, then you are committing yourself to persistence for its own sake, which is incredibly difficult to maintain. Letting go of the goal can help you be happier.

Quitting: The Path to Happiness (and Success)

Though it's unlikely that quitting will ever become socially acceptable, the fact of the matter is that becoming a strategic quitter can make your life better. Steve Levitt, the other half of the Freakonomics team, advocates learning to fail quickly. If you can quickly figure out which projects and goals are likely to fail, then you can strategically quit.

That will help you to put your energy into the projects and goals that are most important and most likely to succeed.