Online retailers seem to be becoming more and more creative these days to score big with shoppers. However, if you are a smart deal hunter or would just love to get major discounts without a lot of efforts, try using these ten clever online shopping tips. 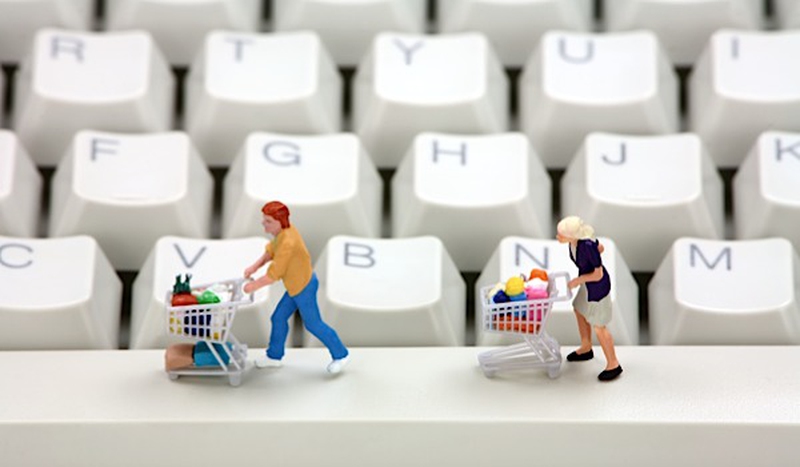 Dynamic pricing is a sneaky strategy online merchants offer use to show different prices to different customers according to your location, your browsing and spending patterns and current demand of the product. Have you ever found dirty cheap airfare that went 30% higher when you checked on the next day? That’s dynamic pricing in action. As this technique gotten incredibly sophisticated, most retailers are perfectly aware of your price point and may show you a higher price compared to someone else who pays less in online purchases.

To get a less biased price you should:

Shop at the right day

Even if it seems tempting to spend your lazy Sunday afternoon browsing around various retailers, don’t cash out too fast. Most stores roll out discounts and special deals on Wednesdays, Thursdays and Fridays. However, Sunday is the best day to score cheap airline tickets with Monday being the most expensive, according to Airlines Reporting Corporation who analyzed over 130 million domestic and international over the period of 19 months. Numbers speak for themselves: $432 is the lowest average price for a round-trip ticket on Sunday; $439 is Saturday’s average, while Tuesday – the former “cheapest day to buy airfare” turned out to average $497.

According to Rather Be Shopping, Tuesday is the best day to purchase laptop and desktop computers as major retailers like Dell Home and Hewlett-Packard send out special coupons every Tuesday. Saturdays are bookworms’ specials as Amazon and Barnes & Noble launch numerous books on sale, targeting readers who love spending a weekend with a new fine read.

If the website allows you to combine different coupons and promo codes at the checkout, use them in the right order. Say you have a promo code for a 20% discount and a coupon for 10$, apply 20% promo code first. That will subtract 20% from the full price, afterwards you can dig more savings with your $10 discount coupon.

Say you’ve purchased an item yesterday, but when you checked the next day, it was now on sale. Pretty frustrating, right? However, some companies will refund you the price difference if you contact them directly within a certain amount of days. For instance, Amazon will issue you a refund if you notify them within seven calendar days from the delivery date. Use Camelcamelcamel.com to monitor price changes at Amazon.

Some credit cards also go with price protection. That is, no matter where you shopped – you will refund the difference if the price dips within a certain amount of days. These include Barclaycard Arrival Plus™ World Elite MasterCard®, Citi® Double Cash Card and more.

Some apps offer you to redeem special bonuses for doing certain actions. You can earn kicks by doing paid online surveys or merely browsing around product catalogs with ShopKick that can be exchanged to gift cards or special discounts. Swagbucks TV allows you to earn swagbucks for simply watching videos and redeem them as discounts from different online merchants.

Case Happy offers 1 point (equals to 0.05£) for each pound you spend on their goodies – lovely Ipad, Kindle and tablet covers. Points can be redeemed as coupons with your next order with no limits on spending. Basically, you can get the 2nd product for free. If you are into designers clothing, check out Guilt Insider loyalty program. You get early access to sales and a bunch of special discounts, plus you earn 5 points for each dollar spent, 35 points for liking them on Facebook and so on. Points can be exchanged for free shipping, exclusive access to flash-sales and a number of other perks. Amazon nails it with Amazon Rewards Visa card with $50 sign up bonus and 3 points added for each dollar spent.

Bargain with the customer service

Just discovered a juicy coupon at your email to realize it has expired two days ago? Fret not! Ring up the hotline and ask if your coupon can be extended as you are about to make your order. Typically, sales reps are interested in closing the deal and will either give you a new promo code or extend the existing one. It may not work each time, especially with low-priced items, yet it is always worth trying.

Alternatively, you can use live time chats now available at most websites. Be polite and ask a few questions about the product you’d like to buy and then inquire if there’s any sort of discounts they possibly may have. It’s not a well-known fact, but chat support can issue special promo codes that are not widely available.

Signing up to newsletters, coupon sites and promotion lists can save you a huge bucks, but you are too reluctant about getting your email spammed? Try Unroll.me – a handy email add-on that lets you instantly unsubscribe from junk emails and de-clutters your inbox by sending one digest email a day summarizing your preferred subscriptions. Just choose the time of the day when you’d like to receive it.

To avoid overpaying and scoring absolutely best deals online, install PriceBlink browser add-on (available for Chrome, Mozilla, Safari). It will save you tons of time by automatically pulling the prices for the same product from numerous merchants, organizing them in a smart chart and even notifying you if there are any coupons available.

Alternatively, you can try Pricegrabber app that does the same thing, plus can scan bar codes and provide “bottom line prices” that include taxes, shipping and other add-on expenses.

Leave items in your cart

Leave the products in your cart and step away for a day or two. Firstly, you’ve just avoided making an impulse purchase. Secondly, most retailers hate unclosed deals and will try to retain you. Stores that send coupons or offer a better price on the next day include Bed Bath & Beyond, Macy’s, JC Penney, Office Max and much more.

Some stores love sending huge single use coupons to a selected group of their customers. Increase your chances of saving the big bucks by signing up to their newsletter with multiple email accounts. Now imagine how much money you will receive with three 50% discount codes for one full-priced item purchase, instead of one.