10 of My Favorite Disney Princes

Princes in disney movies are always charming and handsome and kind-hearted. Below are some of my favorite disney princes. Recall your memories and add your favorite ones. 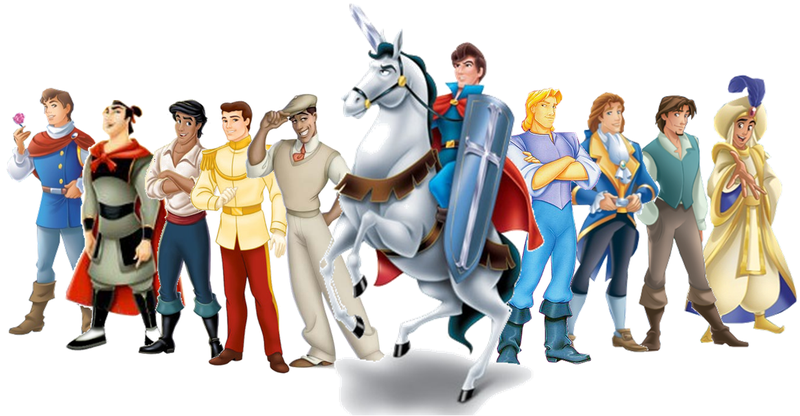 I love this guy. Seriously. He’s so damn cute to me. I love that he has facial hair. He has dreamy eyes. His build isn’t realistic, but face it. We watch these movies to escape reality. Why be reminded of it? I love his outfit. He really “suits” him…lol…just some of my dry humor. He’s gorgeous to me pretty much all the time, except when he does the smolder. Seriously Flynn…you’re hot, stop trying so hard!

As most of you know, I used to be a huge hater on this guy. But after some time, I began to warm up to him. He’s very plain looking, but considering that it’s difficult to animate male characters, I don’t think they did that bad of a job on him, considering when this film was animated. The only reason he beat the Prince, is because he keeps his eyes open, except for when he’s rolling them at his Father! I like his outfit as well. Very fitting for a royal Prince.

I think he’s pretty damn handsome, but his features are just too sharp for my tastes. His nose is a bit pointy, and he has a small mouth. I love his body build. His body actually looks realistic to me. I love his blonde hair. I’d like to run my hands through it, and then…oops, sorry. Got carried away. Forget “peace”. If I were Pocahontas I would have been on that ship so fast it would have made all of their heads spin. DAYUM.

His looks vary at times. Sometimes he’s handsome; sometimes he’s boyishly cute, and other times and just “ok”. One of my favorite features of him is his smile. It’s looks mischievous most of the time, which kills me. I’m a sucker for a bad boy. We all want a good guy, but there’s something about that bad boy. Damn them!!

I’m guessing his placement will surprise some people, because he’s a “classic” Prince. Well, I find him completely handsome. He is exactly what I would picture a “Knight in shining armor” to look like. He has manly broad shoulders, and a speaking voice that gives me chills. I love his hair, especially the little curl in the front. I love him to pieces.

He and Prince Phillip were also running a very close race. The only reason he won, is because of his beautiful eyes. I think Disney tried to hard to make him handsome. I hate the scene where he first turns around and we see his face. In that split second I honestly think he looks hideous. I wish they would have made him look more like he did in his self portrait that we see him destroy in the West Wing in the beginning of the movie, but the final product didn’t turn out so bad. If he would have looked more like he does in this picture, he probably would have been in my top 2.

He’s smoking hot. I mean come on! Have you seen this guy with a shirt off?! YOWZA. He is built the way every man should be, in my opinion. He’s perfect! If I were Mulan on their first day of training where he takes his shirt off, I would have probably blown my cover right then and there. How she composed herself and didn’t drool at the very sight of him is beyond me!

Like Aladdin, he has some scenes where I want to jump him because he’s so sexy, and other moments he looks odd…at least his skin color does. I love his look though…my Lord do I love his look! He has a smile that makes my heart race. Everything about his looks screams HOT to me. He was even cute as a frog…now that’s something. I hate frogs, but him…no. Still cute!

Fro me, it just doesn’t get any better than Prince Eric. I love every single feature of his. His looks aren’t over the top, but not too plain. He has gorgeous eyes, and his smile…oh my. Can you really blame Ariel for wanting a chance to be with him? She’d be crazy if she didn’t!! I love his style, especially the outfit with the cape he’s wearing when he sees Vanessa. My heart literally sighs when I see him. He’s by far the best looking Disney Prince in my opinion.