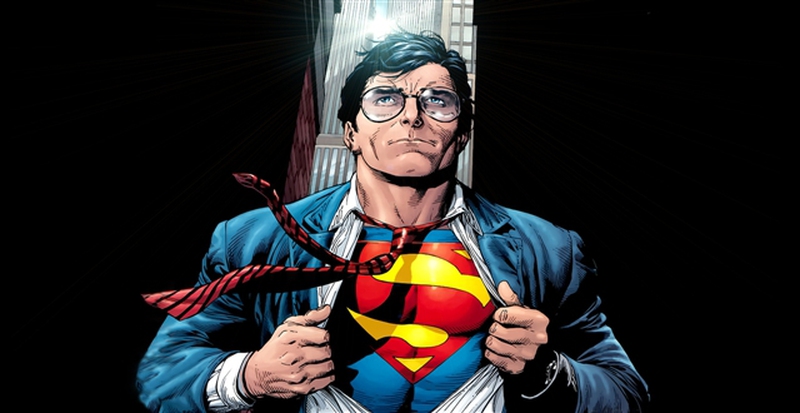 Simon Williams was most recently seen going through a strange crisis of faith regarding superheroics in the pages of Uncanny Avengers, but there was a time when he was pretty happy to be Wonder Man.

In fact, when he wasn't fighting crime with the Avengers, he was pursuing a career as an actor, using his strength and invulnerability to do all his own stunts. Perhaps once he's (assumingly) restored back to life by time travel goodness, he'll get back to loving life, too.

Not too many ex-carnies could pull off being as effortlessly cool as good ol' Hawkeye, but he's got it pretty much down pat.

While he's always been a pretty swingin' cat, Clint Barton has really come into his own as the Marvel Universe's guy that you'd most like to have a beer with under the guidance of Matt Fraction, whose recent solo-series starring the character has made a strong case for Hawkeye — or is it Hawkguy? — as Marvel's most likable man.

Mitchell Hundred, a.k.a. the Great Machine from Brian K. Vaughan and Tony Harris's Ex Machina, was the only superhero in a world with its fair share of need for heroes.

When he decided that the consequences of costumed heroics were too much to bear, Hundred went on to become mayor of New York City, doing his best to save the world in ways that the Great Machine never could.

Is there anyone in the Marvel Universe who is a better dresser than Matt Murdock? Not a bad rep for a blind guy.

On top of his penchant for stylish suits, Murdock, who moonlights as Daredevil, is also a defense attorney who specializes in teaching clients to represent themselves, and in biting sarcasm. Now he's moved himself to ultra-hip San Francisco, and the character - and his alter-ego - will be the stars of Marvel's first TV series co-produced with Netflix.

Janet Van Dyne may have the unfortunate history of being Hank Pym's on-again, off-again, girlfriend/wife/etc., but the fact is, she's just one of the coolest people in Marvel Comics.

Not only did she convince Hank Pym to give her superpowers when she got sick of him leaving her behind on his adventures, she also named the Avengers, and used her day job as a successful fashion designer to provide the team and numerous heroes with branding and new costumes. And that's saying nothing about her penchant for designing and creating new costumes for herself, and public fashions based on the look of popular heroes.

Jack Knight's identity wasn't so much a secret as much as his life as Starman was separate from his life as a dealer of antiques, old junk, and pop culture ephemera.

In many ways, Jack Knight — from James Robinson and Tony Harris' acclaimed '90s run on Starman — represented a lot of the things that comic fans experience, the hunt for a rare treasure, a head full of the minutiae surrounding his hobbies, and a love for things most people don't appreciate. But he did it all without pandering, without seeming like a parody, and while reminding readers that sometimes, being passionate about stuff that others don't understand is a badge of honor, not a mark of shame.

When it comes to day jobs, "test pilot" is just about as cool as it gets. The same fearlessness that made Hal Jordan a prime candidate for membership in the Green Lantern Corps is also what makes him the kind of guy you just wish you could hang out with.

Hal's as likely to be slinging back beers and sharing adventure stories as he is breaking the sound barrier in an experimental jet. In fact, Hal is so dedicated to his need for speed, that he used to fly his jets without wearing his GL ring as as a safety precaution — he's that confident, and that cool.

There aren't a whole lot of women who can outpace both Bruce Wayne and Batman, and Selina is certainly at the top of the list. Now under her civilian ID she's actually taking over the entire Gotham underworld, so it looks like the Cat isn't the only one doing some scratching.

Bruce Wayne is pretty close to being the coolest guy around except for one thing. He's not really living it. The dapper industrialist billionaire Bruce Wayne is as much a construct as Batman, his alter ego.

He may jet around the world swimming in fountains with ballerinas and buying hotels to get the free soap, but as much fun as you'd have on an adventure with a guy like Bruce Wayne, you'd have to know that somewhere behind that fun-loving facade is Gotham's dark avenger, judging your every move and waiting for a moment to strike.

"Tony Stark makes you feel, he's a cool exec with a heart of steel!"

The opening lines of his original cartoon theme song say pretty much all you need to know about Tony Stark. While the lines between his secret and public identities have blurred considerably in recent years, for most of his history, the world thought of Tony Stark as a billionaire playboy so important that he had a superhero bodyguard.

It may be a little silly, but with Tony's grasp of style, his acerbic wit, and his ability to own any situation he's in have been compensating for the inherent weirdness of flying around in metal pajamas pretty much since the word go.